I had this vain hope
that these words might take you
through the blue sky comfort of your easy days
into a Bunnings of the mind
where new thoughts are for the taking
from the shelves of this existence.
Where we could sort of share
the expansion of our living space
and build a kind of new dimension
in mutual creativity.
But you just waited patiently
like some gifted Goddess
gilded in the solvency
of a total self-sufficiency.
And when my words finally reached
the checkout of your existence
you paused a moment and with a sigh
accepted the proffered card
before wrapping everything up neatly
while asking if I wanted credit.
© Richard Scutter 25 Feb 2011
Bunnings ... a mega hardware store well known in Australia
Posted by Richard at 10:16 PM 2 comments:

From the Irish Exhibition at the National Museum, Canberra (March 2011), written in a book. Grace McCraken was one of more than half a million Irish to come to Australian in the nineteenth century. I guess she wouldn't have known that her words have been spilled across the universe.

Today is a special day too. Something happened on 23 March 1940, a collision of sorts eventually resulting in the production of this post. A day to be remembered in remembering others.
Posted by Richard at 9:37 PM No comments:

The Hawk in the Rain - Ted Hughes: Analysis

The Hawk In The Rain - Ted Hughes

A line by line progressive commentary …

Hawk and rain are the two operative words in the title.

I drown in the drumming ploughland, I drag up

I can imagine Ted Hughes walking along the edge of a ploughed field in Yorkshire on a rain filled day. The nature of the rain is clearly stated by the two alliterative words drown and drumming. It is heavy - enough to drown and persistent and dominating as the continual sound of a drum. There is no tin roof around but we don’t know what noise is being made against any clothing Ted might be waring.

There is a pause after I drag up, text, which must flow on to the text of the next line … to be continued … as the rain continues.

Heel after heel from the swallowing of the earth's mouth,

We now have a picture of movement, of difficulty in walking and the earth becomes a mouth swallowing, what it is exactly swallowing is not known at this stage.

From clay that clutches my each step to the ankle
With the habit of the dogged grave, but the hawk

It is now quite clear that the sodden ground is engulfing Ted. The alliterative clutching clay gives personification to the earth. Ted now extends his thoughts to the grave and the ground that will inevitably conquer him. The earth has this habit of taking people, but the hawk … again we have text that must continue, this time to the text of the second stanza.

Effortlessly at height hangs his still eye.
His wings hold all creation in a weightless quiet,

Eye and height define the hawk. In great to contrast to Ted who has been focusing on the ground. The hawk has the entire world below him and moreover it is effortless for him to hover in the adverse conditions.

Steady as a hallucination in the streaming air.
While banging wind kills these stubborn hedges,

We do not know what has drawn Ted to look at the sky but in doing so we sense a degree of envy for the Hawk while the wind destroys below. By choosing hallucination Ted perhaps wonders whether this is real and whether the hawk can resist nature in this way.

Thumbs my eyes, throws my breath, tackles my heart,
And rain hacks my head to the bone, the hawk hangs,

Emphasis is given to what is happening at Ted’s level the wind and the rain taking on the dimension of a murderer, and then reflecting back to the hawk we have to wait after hangs to go to the next line.

The diamond point of will that polestars
The sea drowner's endurance: And I,

The ability of the hawk to withstand the weather is emphasised by taking the diamond shape confronting the wind and that diamonds are used for cutting. Polestars is a wonderful choice of word it gives eye to the sky and the polestar is a guide and safety symbol. It is used as a verb giving action to the scene. The weather is such that anyone caught at sea is likely to have a most unpleasant time. Then returning to Ted’s predicament the stanza ends with another pause.

Bloodily grabbed dazed last-moment-counting
Morsel in the earth's mouth, strain to the master-
Fulcrum of violence where the hawk hangs still.
That maybe in his own time meets the weather

The stanza splits in two again between the hawk and Ted. Ted is about to be devoured akin to the hawk devouring a morsel from the ground. The key word in this stanza is master-fulcrum. Fulcrum - the support, or point of rest, on which a lever turns in moving a body.

In the last line consideration is given to the mortality of the hawk and a question is started with a pause at the end of the stanza.

Coming the wrong way, suffers the air, hurled upside-down,
Fall from his eye, the ponderous shires crash on him,
The horizon trap him; the round angelic eye
Smashed, mix his heart's blood with the mire of the land.

In time the hawk will be caught by nature and meet the same fate and the earth will conquer. The ponderous shires crash on him. This bottom up expression gives strength to the power of the earth to greet the fate of the hawk. Note how this links to the wrong way in the first line.

The angelic eye shows the beauty of the hawk and gives religious tones as of the falling of an angel – even the most perfect of creatures will meet the fate of all – perhaps a cry on the nature of nature from one who had so great an affinity with natural world.

1 ... What is the main nature of nature expressed?

3 ... What alliterations are most effective?

5 ... How is the continual contrast between the situation of the hawk and Ted resolved?

6 ... How does the personification of the earth as killer integrate as part of nature?

7 ... Do you think the title The Hawk in the Rain is appropriate?

8 ... What one-sentence-statement would you give as response to your reading of this poem?

... and a recommended link for those interested in The Thought- Fox
Posted by Richard at 5:49 PM 10 comments:

After Life and Death

Life is an interruption
an uncalled for shock
as unexpected as green sky
out of nowhere, an aberration
an explosion in a sea of darkness
diminishing like a firework.
Death is forever patient
always content to play that waiting game
you could say the ultimate backdrop
increasing prominence with age
and when the glass is emptied of the last grain
returns the equilibrium of eternity.
Afterwards, thank God,
we can all breathe a sigh of relief –
and get back to what we were really doing!
© Richard Scutter 9 October 2010

... but in the mean time, and coming back to Earth, I might just have time to place the occassional post.


Home Post and Index
Posted by Richard at 11:02 AM No comments: 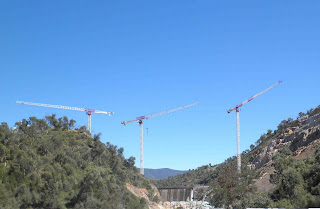 About this Blog Site ...

My Selected Poems and Commentary: Mar 2011 to Feb 2013
(free to air, but please recognise the author) 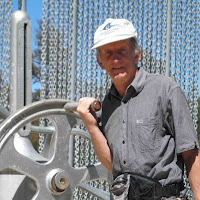