'Max Gate' was the name of the house that Hardy built near Dorchester - the name taken from a toll road gate. The photos below were taken in August 2012 of the home as it now stands (a National Trust Property) - taken on a typical foreboding Hardy day of cloud and drizzle.

He started work to be an architect before turning to writing. He designed and put much thought into his house. He lived here and died here - with his first wife Emma and after she died with Florence. 'Max Gate' would be the starting point for many an escape into the local countryside. He also had a cycle and Dorchester was easily reached.

Before the images here is a poem (written after Emma died) -

You were weak and lame

You did not walk with me
Of late to the hill-top tree
By the gated ways,
As in earlier days;
So you never came,
And I went alone, and I did not mind,
Not thinking of you as left behind.


I walked up there to-day
Just in the former way;
Surveyed around
The familiar ground
By myself again:
What difference, then?
Only that underlying sense
Of the look of a room on returning thence. 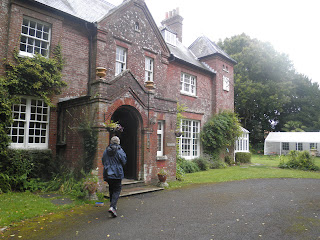 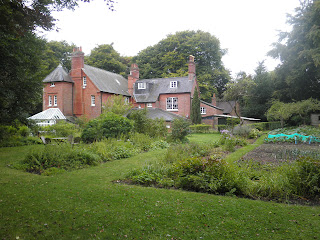 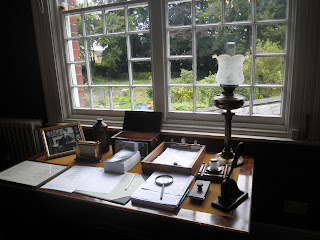 His study
Hardy had no children. He did have a great love of dogs and there is a dog cemetery in the garden. One of his most love dogs was called 'Wessex'.

He wrote a wonderful poem after Wessex died - the voice of the dog to the household ... see this link ...  http://foreverfoxed.blogspot.com.au/2008/10/famous-fox-terriers-no-1-thomas-hardys.html
﻿
﻿
Posted by Richard at 6:57 AM